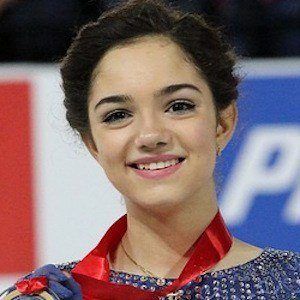 Accomplished figure skater whose accolades include being a 2016 World and European champion, as well as a 2016 Russian national champion. She earned the world record score for the ladies' free program at the 2016 World Championships. She won silver at the 2018 Olympics for both the team and singles event.

She was skating since she was three years old. She joined the Olympic Reserve Sports School no. 37 in 2008 and made her senior national debut at the 2012 Russian Championships where she finished in 8th place.

She also set the junior-level ladies' record for the short program at the 2015 ISU World Junior Championships.

Her father Arman Babasyan is Armenian, and her mother was a figure skater. Her parents would divorce.

She has skated to the music of Michel Legrand's The Umbrellas of Cherbourg.

Evgenia Medvedeva Is A Member Of