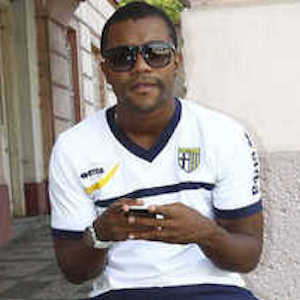 Colombian striker who has made a name for himself during his time with clubs like Envigado, Atletico Nacional and CF Monterrey. He led Liga MX in scoring during the 2014-15 season, scoring 14 goals while playing with with CF Monterrey.

He played youth soccer with Bajo Cauca before making his professional debut with Envigado in 2006.

He was given the Nickname "Memin," a reference to the Mexican comic book character, by Atletico Nacional supporters.

He was born in Medellin, Colombia.

He has been teammates with fellow Colombian Edwin Cardona while at CF Monterrey.

Dorlan Pabón Is A Member Of