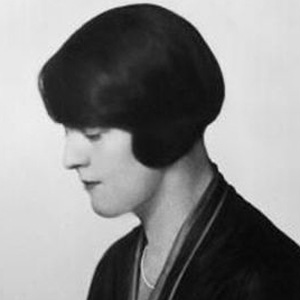 The First Lady of Journalism, she reported for the New York Herald Tribune from the 1930s, and wrote a popular column well into the '50s.

She scored an exclusive interview with the Empress of Austria during WWI and after the war, she began reporting on the Nazi movement in Germany.

Her New York Herald Tribune column On the Record, which was eventually syndicated to over 150 other papers. She warned within its lines about the threat of Adolf Hitler coming into power.

She was married to the muckraking journalist and novelist Sinclair Lewis.

She was fired from the Tribune after endorsing Franklin D. Roosevelt in 1944, but her reputation by then was too solid to suffer for it.

Dorothy Thompson Is A Member Of