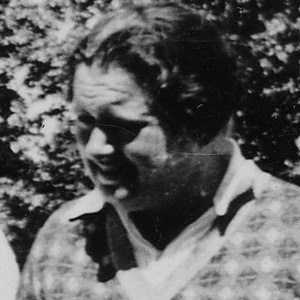 Journalist who became a confidant, and perhaps more, to First Lady Eleanor Roosevelt during Franklin D. Roosevelt's term in the oval office.

She was covering the soon-to-be First Lady for the Associated Press, and got to know her on a personal level during a long train ride.

In over 3,000 letters were passed between Eleanor and her beloved Hick. The two women may have struck up, as some historians have argued, a lesbian relationship.

She was born in East Troy, Wisconsin as the daughter of Anna Adelsa, a dressmaker, and Addison Hickok, a buttermaker.

As a shadow advisor to FDR, she also helped Eleanor Roosevelt in some initiates, working, as some historians said, as "the woman behind the woman."

Lorena Hickok Is A Member Of