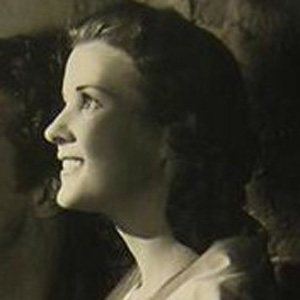 Most Popular#93299
Actress Born in Mississippi#26

American actress who became known for her role as Rosasharn Rivers in the 1940 film version of 'The Grapes of Wrath.'

She and her six siblings grew up in Coldwater, Mississippi.

She played Molly Morden in the 1943 film 'The Moon Is Down.'

She married and had three children with filmmaker .

She appeared alongside actor Henry Fonda in the cinematic adaptation of John Steinbeck's famous novel "The Grapes of Wrath."

Most Popular#93299
Actress Born in Mississippi#26

Dorris Bowdon Is A Member Of