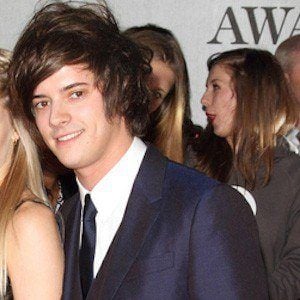 Keyboardist and percussionist famous for his work in the British pop trio London Grammar, known for hits like the multiplatinum "Strong," which took home an Ivor Novello Award for Best Song Musically and Lyrically in 2014. His band's music has been featured in ad campaigns for brands like Sony and Dior.

He grew up in Northampton and joined London Grammar in 2010, a year after the band's other two members began playing together.

His band collaborated with English dance sensations Disclosure on their breakout 2013 album Settle, contributing to the single "Help Me Lose My Mind."

His older brother Bruno is also a musician.

He has performed alongside frontwoman Hannah Reid in London Grammar.

Dot Major Is A Member Of