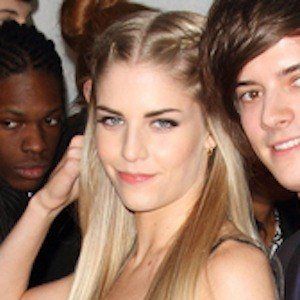 Lead vocalist of the British trio London Grammar whose debut album, If You Wait, was certified platinum in Australia and the UK.

She was initially planning to pursue acting after earning a drama scholarship. She met London Grammar guitarist Dan Rothman in a residence hall at the University of Nottingham in 2009. Rothman initiated by sending her a message on Facebook and asking to collaborate.

She was caught in the middle of a Twitter controversy after Radio 1 Breakfast Show sent out a sexist Tweet about her appearance.

She was in a relationship with a long-term boyfriend, Elliott, until 2015.

She collaborated the Lawrence brothers who make up the duo Disclosure on the Disclosure track "Help Me Lose My Mind."

Hannah Reid Is A Member Of