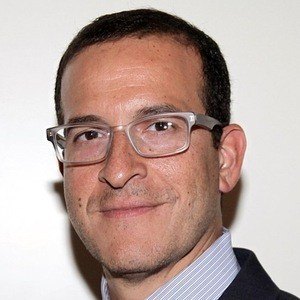 Music industry executive and lawyer who founded The Davis Firm, PLLC, an entertainment and sports law firm. He was featured in Jeff Rabhan's book "Cool Jobs In The Music Business," and stories about him have been published by The Wall Street Journal and The New York Times.

He graduated from Fordham University School of Law with a Juris Doctor after getting political science degree from The Maxwell School of Citizenship and Public Affairs at Syracuse University.

He sits on a number of boards as a philanthropist. His DLD Twitter account was named one of the "Top 5 Music Power" accounts by The Hollywood Reporter.

He has a daughter named Billie. His parents are Adelberg and Clive Davis.

He became a licensed NBA player agent, and has represented Metta World Peace.

Doug Davis Is A Member Of