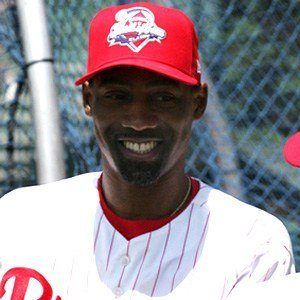 Former MLB outfielder who amassed 1,100 career hits with his best season coming in 1999 when he recorded 204 hits.

He graduated from the prestigious University of Pennsylvania, becoming one of few Penn grads to play in the majors.

In 2010, he became a Baseball analyst with ESPN.

He had three children with his wife Tiffany Glanville.

He played on the 2003 Chicago Cubs alongside Sammy Sosa. The team lost in Game 7 of the NLCS to the eventual World Series Champion Florida Marlins.

Doug Glanville Is A Member Of