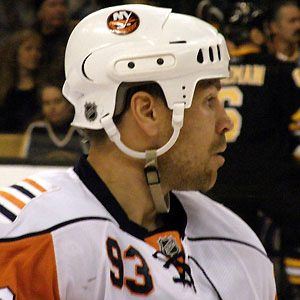 NHL center who spent 19 years in the league and led the U.S. team to a silver medal at the 2002 Olympics.

He spent a year with the New York Rangers before establishing his reputation as one of the league's best playmakers with the Edmonton Oilers.

He was a four-time All-Star and led the Oilers to the Stanley Cup finals in 2006.

He grew up in Warren, Michigan.

He had big shoes to fill, playing in the position Wayne Gretzky used to play for the Edmonton Oilers.

Doug Weight Is A Member Of