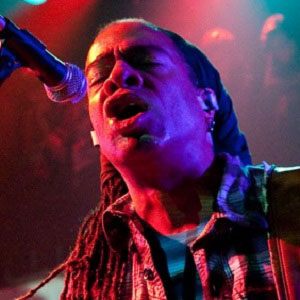 Bassist most famous as a member of the versatile and influential band Living Colour. He was also a prominent studio musician for Sugarhill Records, playing bass on a number of early hip-hop classics like 'The Message' and 'White Lines' by Grandmaster Flash.

He first picked up a guitar at age 12 and switched to bass two years later. He was first hired by Sugarhill Records in 1979.

He played with rapper Mos Def in the band BlackJack Johnson in the early 2000's.

His brother Victor, aunt Noami and uncle Joey were were instrumental in developing his love for music.

He has played with guitarist Vernon Reid as a member of Living Colour.

Doug Wimbish Is A Member Of