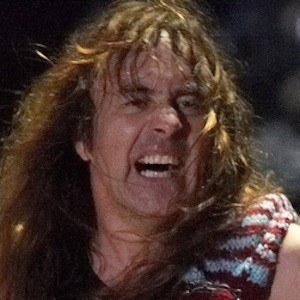 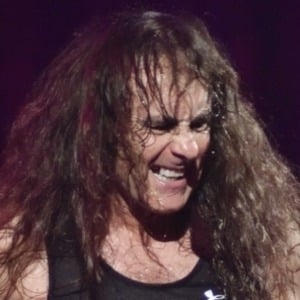 Founder of the heavy metal band Iron Maiden who served as the bassist, backing vocalist, primary songwriter and occasional keyboardist for the legendary band. He celebrated 40 years with the band in 2015.

Growing up, he aspired to be a professional footballer before finding music, particularly the drums, to be his passion. He previously played in bands called Influence (later called Gypsy's Kiss) and Smiler.

He released a solo album called British Lion in September of 2012.

His oldest daughter Lauren is a singer, and his oldest son George is a guitarist. His second daughter Kerry worked as a production assistant for Iron Maiden, and he had one more kid with his ex-wife Lorraine named Faye. He and Lorraine divorced in 1993 after 16 years. He would have two more children named Stanley and Maisie with a woman named Emma.

He and guitarist Dave Murray performed on every one of Iron Maiden's albums, the only two members of the group to do so.

Steve Harris Is A Member Of