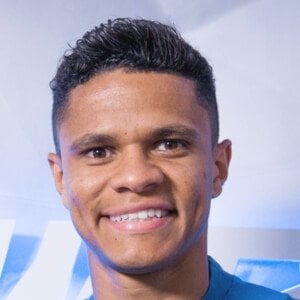 Brazilian midfielder who is known for his attacking style. He has spent the majority of his career in the Campeonato Brasileiro Série A, playing for Criciúma, Corinthians, and Grêmio.

He began his youth career in 1997 with Criciúma.

He earned his first cap with the Brazilian national team in 2010. He helped lead Grêmio to the Copa do Brasil championship in 2016.

He was born and raised in Santa Catarina, Brazil. His mother is named Salete.

He has played alongside Fernandinho on Grêmio.

Douglas Dos Santos Is A Member Of