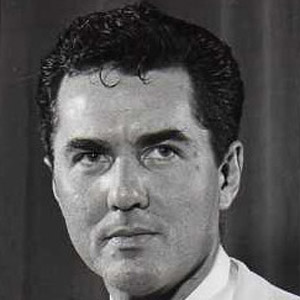 Known for his character roles in such mid-to-late-twentieth-century films as The Money Pit, Sayonara, and Julius Caesar, this Daytime Emmy-winning actor also appeared on the soap opera Another World and in several Broadway plays.

Before beginning his acting career in the early 1950s, he earned two Purple Hearts for his bravery in World War II.

In 1952, he performed on Broadway in a revival of Eugene O'Neill's Desire Under the Elms.

He was born Larkin Douglass Watson III in Jackson, Georgia. His marriage to Eugenia Laring-Clark lasted from 1941 until his death in 1989.

In 1972 and 1973, he appeared alongside Audrey Peters in the popular CBS soap opera Love of Life.

Douglass Watson Is A Member Of