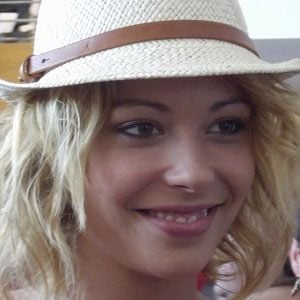 Famous for her portrayal of Johanna Marci in nearly six hundred episodes of the French television series Plus Belle la Vie, she is also notable for her appearances in episodes of Le Proc, Camping Paradis, and Josephine, Ange Gardien.

Before beginning her acting career, she trained as a pianist and saxophonist. She made her television debut in a 2005 episode of Merci, les Enfants Vont Bien!

She co-starred in the 2014 made-for-TV movie Murder in Pyla.

The child of director and actor Antoine Coesens, she grew up in Aix-en-Provence, France, with siblings named Antoine (a dancer) and Marie (an actress and director).

She and fellow French screen actress Angelique Boyer were born in the same year.

Dounia Coesens Is A Member Of