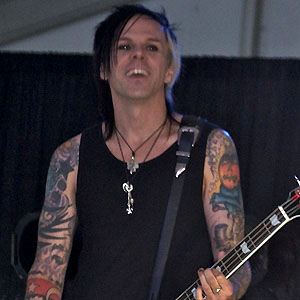 Guitarist for several bands, including Acey Slade and the Dark Party and the glam metal act the Murderdolls.

His first band was called Dope. He later became the lead vocalist and frontman for the band Vampire Love Dolls.

He has been the touring bassist with Joan Jett and the Blackhearts.

Acey Slade Is A Member Of