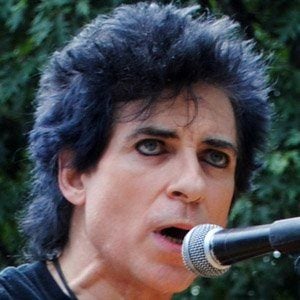 Best known as a founding member, guitarist, and songwriter for the New Jersey-based punk rock band The Undead, this musician also released one LP and three EPs with The Misfits.

His early singles with The Undead include "Never Say Die" and "Verbal Abuse."

A native of New Milford, New Jersey, he relocated to New York City in his early twenties.

He performed with The Misfits vocalist Glenn Danzig ; Danzig later donated funds toward the recording of The Undead's first album.

Bobby Steele Is A Member Of