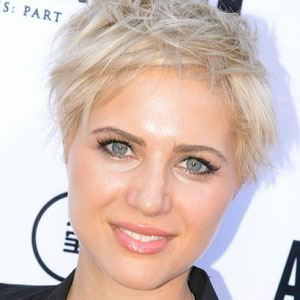 American actress best known for her recurring role as Sara Harvey in Pretty Little Liars. She has been featured in short films as well as the feature length movies Scavenger Killers and Madame Hollywood.

She was a model on Project Runway for the show's eighth season.

In 2015, she was filming a crime drama called Between the Devil and the Deep Blue Sea.

She was cast on Pretty Little Liars, starring Ashley Benson as one of the four main leads.

Dre Davis Is A Member Of