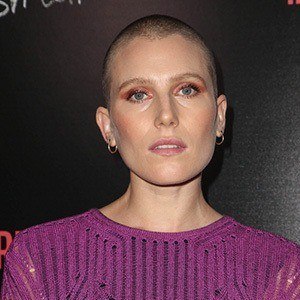 Notable for her advertising campaigns for Gianfranco Ferre and Salvatore Ferragamo, she is also known for her runway work for Calvin Klein, Chanel, and Karl Lagerfeld, as well as for her fashion editorials for Vogue, Numero, and Harper's Bazaar.

After dropping out of California's Oaks Christian High School, she appeared in a 2009 Paris runway show for the haute couture label Givenchy.

She played the leading role in the 2012 indie film Starlet.

She was featured in Justin Hayward-Young and The Vaccines' "I Always Knew" music video.

Dree Hemingway Is A Member Of