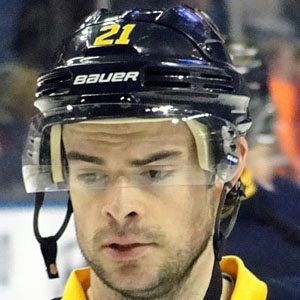 NHL player best known as member of the Buffalo Sabres, who picked him in the first round of the 2004 NHL Entry Draft. He played in the AHL All-Star Classic in 2006-07 with the Rochester Americans.

He played for the St. Albert Bantam AA Flyers in 1999-00 before winning a gold medal with the United States at the 2004 World Junior Championships.

He played Jenga in the music video for "Decayin' With the Boys" by the band Every Time I Die.

He and Thomas Vanek are both former first-round picks of the Buffalo Sabres.

Drew Stafford Is A Member Of