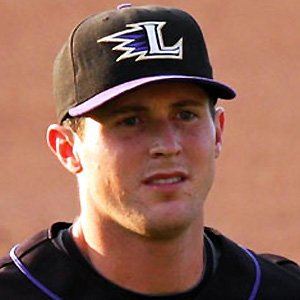 MLB outfielder who signed with the Cleveland Indians in 2013, after four seasons with the Cincinnati Reds.

He won a team gold medal for the U.S. at the 2004 World University Championships.

He was the Big 12 Player of the Year and a Golden Spikes Award finalist at the University of Texas.

He was romantically linked to ESPN broadcaster Samantha Steele in early 2012.

He led the major leagues in strikeouts in 2011 with 205, which was 33 more than Phillies slugger Ryan Howard.

Drew Stubbs Is A Member Of