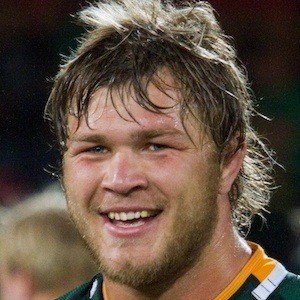 South African rugby union player who played for such teams as the Vodacom Stormers.

He began his career playing for the Free State Cheetahs in Currie Cup play.

He was chosen to play in the Rugby Championship after just nine games of Super Rugby play.

He married Ezel Vermeulen in 2010.

He and Andries Bekker both played for the Stormers in the Super Rugby league.

Duane Vermeulen Is A Member Of