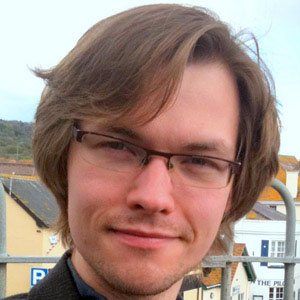 The co-author of Star Trek: The Human Frontier, he also co-wrote the UK bestselling book, The Sugar Girls. Also a theater actor and director, he appeared in stage productions at the Edinburgh Fringe Festival.

He studied English at Jesus College, Cambridge, where he was also film editor of the student-run newspaper, Varsity.

In addition to writing books, he worked as an editor for the acclaimed World War I memoir, The Reluctant Tommy.

He grew up in London, England. He attended both Jesus College, Cambridge and the Central School of Speech and Drama.

His book, Star Trek: The Human Frontier, examined Gene Roddenberry's universe from a cultural perspective, exploring what the series and its spin-offs say about our own sensibilities.

Duncan Barrett Is A Member Of