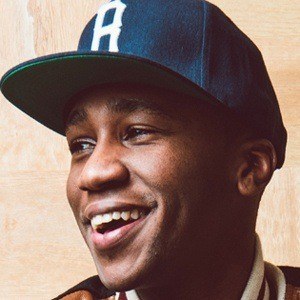 Author, rapper, and filmmaker best known for his bestselling memoir Buck documenting his troubled youth in Philadelphia. He has also authored the poetry books Beautiful. And Ugly Too and Like Water Running Off My Back and the nonfiction book It's Bigger Than Hip Hop.

After studying film and literature at the University of London, he earned a BA in Africana Studies and English at Lafayette College. He then earned his MFA in Screenwriting at UCLA. By 23, he began teaching at Morgan State University.

In 2005, he released the documentary 500 Years Later. He then followed up with the documentaries The Black Candle and Motherland.

His father, Molefi Kete Asante, is a renowned scholar, and his mother, Kariamu Welsh, is an established choreographer. Born in Zimbabwe, he was raised in Philadelphia. His wife's name is Maya Freelon.

Known also for his music, he has released an album to accompany his memoir, Buck. He was also featured on the Bishop Lamont single "The Color Grey."

MK AsantA Is A Member Of