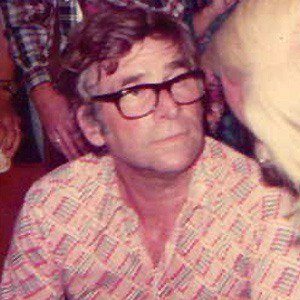 Legendary creator of the original Star Trek series, which spawned over ten films. The popular show also led to the creation of several spin-off series, including Star Trek: The Next Generation, Star Trek: Deep Space Nine, and Star Trek: Voyager.

He attended Los Angeles City College, where he studied to be a policeman. He also joined the U.S. Air Force and received the Distinguished Flying Cross for his bravery in combat. Finally, he worked as a commercial pilot for Pan-Am before beginning his screenwriting career.

He was inducted into the Science Fiction Hall of Fame because of the huge success of the Star Trek series.

He married Elieen Anita Rexroat in 1942, and the couple went on to have two daughters-- Darlene and Dawn-- prior to their 1969 divorce. That same year, Roddenberry married his second wife (and former mistress), Majel Barrett. He and Barrett welcomed a son, Eugene Wesley, Jr., several months later.

He worked with Leonard Nimoy on the Star Trek series.

Gene Roddenberry Is A Member Of