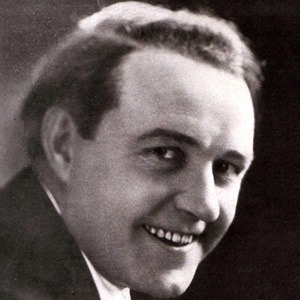 Silent Era film star who appeared in The Squaw Man and The Virginian. He concluded his career with the 1926 film, The Flaming Frontier.

He made his film debut in the 1914 silent film, Soldiers of Fortune.

He was awarded a Star on the Hollywood Walk of Fame for his contributions to the motion picture industry in 1960.

He had one child with his third wife, Winifred Kingston.

He was featured on the 1934 documentary movie, Memories with Fatty Arbuckle .

Dustin Farnum Is A Member Of