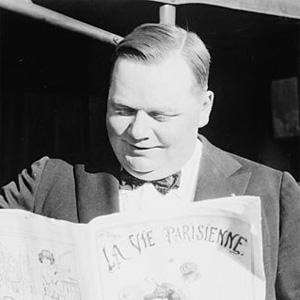 Born Roscoe Arbuckle, this silent film actor's career was brought down by accusations of rape, although there was little evidence to support them. His films include Fatty's Jonah Day, Wished on Mabel, and Camping Out.

He made a live appearance at age eight for the Webster-Brown Stock Company.

He married his first wife, Minta Dufree, in 1908. He got married twice after their divorce in 1925.

Roscoe Arbuckle Is A Member Of