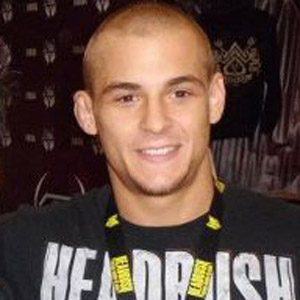 Lightweight and featherweight star who was featured in the MMA documentary "Fightville."

He turned professional in 2009, and won his first fight on a first round knockout.

On May 15, 2012, he was featured on the UFC Fight of the Night, and lost to Jung Chan-Sung in what was deemed by most outlets to be the fight of the year.

He was born in Lafayette, Louisiana. In August 2016, he welcomed a daughter named Parker Noelle with wife Jolie.

He gained great fame following his fight against Jung Chan-Sung.

Dustin Poirier Is A Member Of