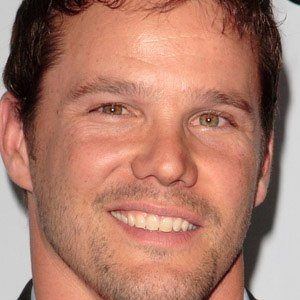 Film and television actor, recognized as Colby Granger on the CBS drama Numbers. His film credits include Saving Private Ryan and Taken 3.

He played football at MIT and graduated with a degree in environmental engineering.

He first appeared on TV in a 1995 episode of the series High Sierra Search and Rescue.

His brother Chris also became an actor. He and his wife, Emmeli, welcomed two children.

He appears alongside Rob Morrow on Numbers.

Dylan Bruno Is A Member Of

Numb3rs
Where the Heart Is
48 Year Olds
TV Actors