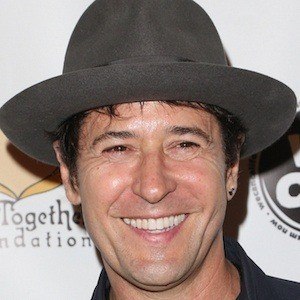 He dropped out of high school the beginning of his senior year to pursue his acting career.

He played Jack Nicholson's character's doctor in The Bucket List, and played Don Eppes on Numb3rs.

He married actress Debbon Ayer in 1998, and the couple had one child together.

He was in The Bucket List with Jack Nicholson.

Rob Morrow Is A Member Of