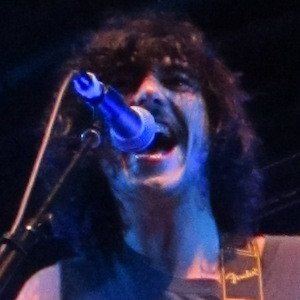 Kiwi singer best known as a member of the band Sticky Fingers. His band has released albums like Caress Your Soul and Land of Pleasure. He has also released work as a solo artist, and in 2019 dropped an album called Lush Linguistic.

One of his band's earliest releases was the single "Australia Street."

He hails from New Zealand. He is dating a girl named Brookie Harnett.

He has stated that he has been influenced by the Arctic Monkeys, a band that was founded by Alex Turner. He and fellow bandmate Paddy Cornwell had a widely publicized dispute in early 2021.

Dylan Frost Is A Member Of