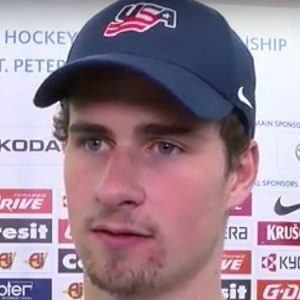 He joined Team USA's under-17 team in firs debut season with the USA Hockey National Team Development Program. He returned for the under-18 team.

He was born to Kevin and Sidney Larkin and raised alongside his brother Colin.

He was the first Red Wings teenager to record a point in his debut NHL game since Red Wings great Steve Yzerman.

Dylan Larkin Is A Member Of