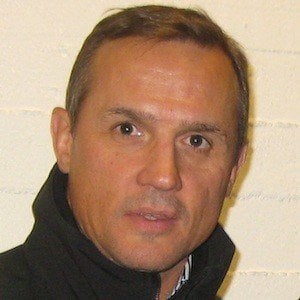 Hall of Fame NHL center who led the Detroit Red Wings to three Stanley Cup championships in 1997, 1998 and 2002. He was a 10-time NHL All-Star, the 1998 Conn Smythe winner and at the time of his retirement, he ranked eighth all-time in goals scored with 692 and sixth all-time in points with 1,755.

He was selected fourth overall in the 1983 NHL Draft after spending two seasons with the Peterborough Petes in the OHL.

At the young age of 21, he was named captain of the Red Wings and he continued to serve the captain role for a franchise record 19 years, earning the nickname "The Captain" in the city of Detroit. He became general manager of the Tampa Bay Lightning in 2010 and he was named General Manager of the Year after the Lightning reached the 2015 Stanley Cup Finals.

He had three daughters named Maria, Isabelle and Sophia with his wife Lisa, whom he married in June 1989.

He had his best statistical NHL season in 1988-89, when he tallied 65 goals and 90 assists for 155 points. Only fellow Hall of Famers Wayne Gretzky and Mario Lemieux have compiled more points over the course of an NHL season.

Steve Yzerman Is A Member Of