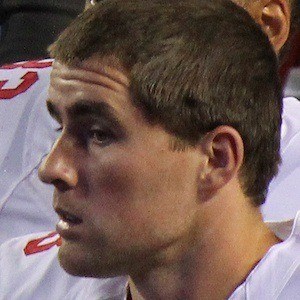 American football quarterback who signed with the San Francisco 49ers in 2015 after going undrafted. He started his rookie season on the practice squad, but made the active roster in Week 11.

He played his college ball at the University of South Carolina, spending much of his first three years as a back up before starting all 13 games as a senior.

Although he wound up playing football, he was a good enough high school basketball player to earn scholarship offers for that sport as well.

He grew up in Boiling Springs, South Carolina. He got married to Melanie Helm before his first NFL season.

He and Connor Shaw were teammates at South Carolina, where Shaw started ahead of Thompson for three years.

Dylan Thompson Is A Member Of