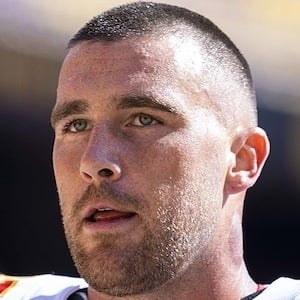 Star tight end who began his NFL career with the Kansas City Chiefs in 2013. He became the first tight end in NFL history to record over 1,000 receiving yards in four separate seasons. He helped lead the Chiefs to victory in Super Bowl LIV.

He played at Cleveland Heights High School, where he was a star quarterback.

He played college football at the University of Cincinnati, where he was a First-Team All-Big East selection. He also won the College Football Performance Awards Tight End of the Year Award at Cincinnati.

His brother, Jason, has played for the Philadelphia Eagles.

He became teammates with Pro Bowl running back Jamaal Charles in 2013.

Travis Kelce Is A Member Of