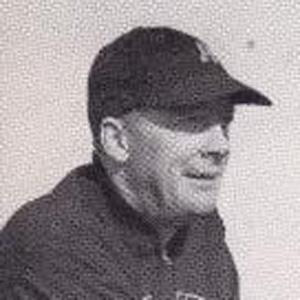 US football player, coach, and college athletics administrator who won two NCAA football titles in 1944 and 1945.

He played football at Miami University.

He worked as the head football coach at the US Military Academy as well as Dartmouth College.

Earl Blaik Is A Member Of