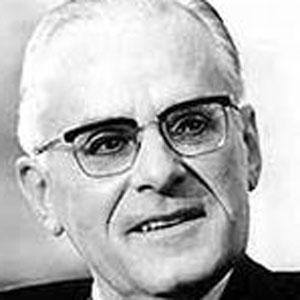 Secretary of Agriculture under Presidents Richard Nixon and Gerald Ford, who instituted major reforms. Unfortunately he is best remembered most for a racial remark that led to his disgrace and resignation.

He received a Bachelor of Science degree in Agriculture in 1932 from Purdue University before becoming vice president of the American Agricultural Economics Association.

Known for his racial insensitivity even before the joke incident, he once mocked the Pope using a mock Italian accent at an informal meeting with reportes.

He grew up on a farm near Albion, Indiana, where he used to guide horse-drawn plows in his childhood.

Orville Freeman was another well-known agriculture secretary - he served under Presidents Kennedy and Johnson.

Earl Butz Is A Member Of