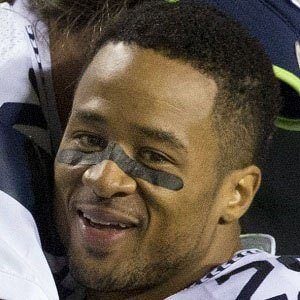 NFL safety who was selected 14th overall by the Seattle Seahawks in 2010 and was named to his first Pro Bowl in 2011. He helped the Seahawks win Super Bowl XLVIII in 2014.

He was a 2009 All-American while playing for the University of Texas.

He compiled 15 interceptions and 253 tackles during his first four years with the Seahawks.

He was born to Earl, Jr. and Debbie Thomas and has a brother named Seth. His brother played college football at McNeese State.

He and Kam Chancellor are part of the Seahawks defense that became known as the Legion of Boom.

Earl Thomas Is A Member Of