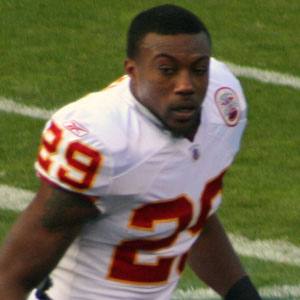 NFL safety who was drafted 5th overall by the Kansas City Chiefs in 2010. He was named to three Pro Bowls in his first four seasons with the Chiefs. In 2014, he was diagnosed with cancer, but he made a recovery and returned to the Chiefs in 2015.

He was a two-time All-American at the University of Tennessee.

He was honored as the NCAA's best defensive back with the Jim Thorpe Award in 2009.

He was raised with younger twin brothers.

Eric Berry Is A Member Of