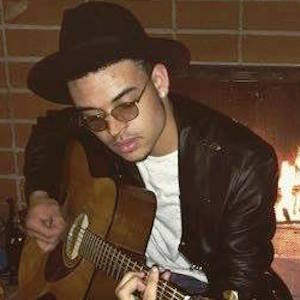 R&B singer who gained an internet following by uploading covers to YouTube. He released his debut EP on June 30th of 2014. He has over 70,000 YouTube subscribers and 30,000 followers on Twitter.

He uploaded his first video in 2011 and quickly gained a following.

His cover of Frank Ocean's "Thinking About You," which has earned over 350,000 views, was recorded in his bathroom.

His parents were murdered when he was two. He and his brother Malek were raised by their grandmother.

He cites Justin Bieber as an inspiration, due to his achievements at such a young age.

Ebon Lurks Is A Member Of