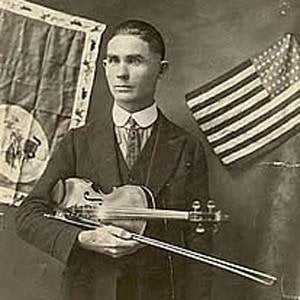 American country artist and fiddler whose first recordings in 1922 were with Henry Gilliland.

He started to play the fiddle at age five. When he was sixteen, he left home to join a medicine show through Indian Territory before working as a piano tuner.

He was once a regular performer at the annual Old Confederate Soldiers' Reunions in the South.

He married his wife Nettie in 1906 and they had a daughter named Daphne and a son named Dueron.

He is an American country fiddle player like Charlie Daniels.

Eck Robertson Is A Member Of