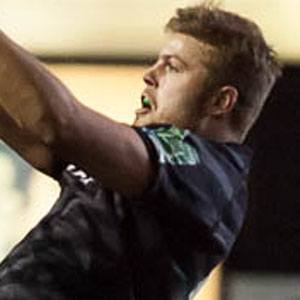 English Rugby player, most known for his time spent with the Leicester Tigers.

He knew he was destined to become an athlete from a young age, given his sheer mass and physical presence.

After a successful campaign during the 2012-2013 season, he was awarded a Premiership Winners Medal by the league.

He was born in Leicester, England.

He joined Nick Wood on the English Saxons in 2012.

Ed Slater Is A Member Of