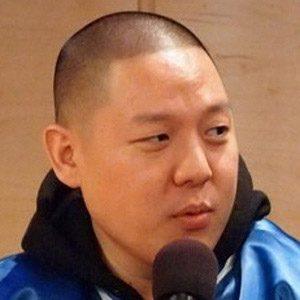 Known for his East Village (New York) Taiwanese restaurant, BaoHaus, this chef and restaurateur also published a bestselling 2013 memoir titled Fresh Off the Boat, which was adapted into an ABC TV series. In 2014, he began hosting Snack Off, an MTV culinary competition.

After studying at both Rollins College and the University of Pittsburgh, he attended Yeshiva University's Cardozo School of Law. After losing his first legal job, he briefly pursued a career as a stand-up comic.

After opening BaoHaus in 2009, he began another, short-lived restaurant called Xiao Ye.

Born in Washington, D.C. to Taiwanese immigrant parents, he spent the majority of his childhood in Orlando, Florida, where his father operated a seafood and steak restaurant chain.

He and fellow chef Laura Calder have both appeared on Cooking Channel programs.

Eddie Huang Is A Member Of