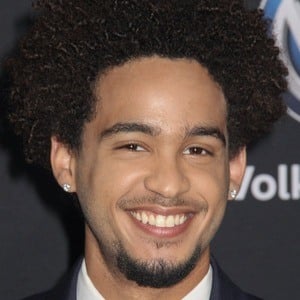 Dominican actor who made his blockbuster movie debut in 2017's Spider-Man: Homecoming as Jason Ionello. He went on to land roles in Love, Simon, Alita: Battle Angel and Bumblebee.

In 2016, he made his theatrical acting debut in the film The Land.

He appeared in a single episode of the TV series Graceland.

He was born in Distrito Nacional, Dominican Republic and moved to Miami, Floria at the age of four.

He acted alongside Hailee Steinfeld in Bumblebee.