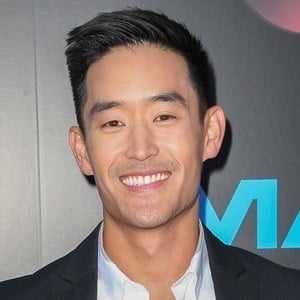 Widely known for his role as Ryu in the various Street Fighter web-series. In March 2017, he was cast as Triton for the Marvel TV series Inhumans.

He earned his first on-screen credit for his work on the 2006 film Robin-B-Hood.

He appeared in 4 episodes in 2015 on the Fox TV series Empire. He is a fourth-degree American Taekwando black belt.

He was cast to star alongside actress Isabelle Cornish on the Marvel TV series Inhumans.

Mike Moh Is A Member Of

Once Upon a Time in Hollywood
Street Fighter: Resurrection
37 Year Olds
TV Actors