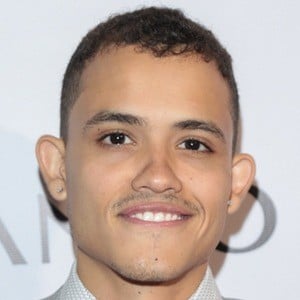 Most well known for his role in the SyFy series Incorporated, he has been a recurring guest on MTV shows, including Teen Wolf.

He was nine years old when he first started acting. He debuted off-Broadway in a play called Rags. He moved to Los Angeles, California after graduating from Syracuse University with a Bachelors degree in Fine Arts and a minor in political science.

He played a supporting role in the 2016 film The Night Stalker.

He was brought up by parents Melissa and Raul who worked as a nurse practitioner and family physician, respectively. He has three younger brothers.

He booked a starring role in Incorporated alongside Allison Miller.

Eddie Ramos Is A Member Of