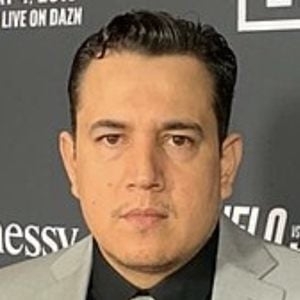 Professional boxing trainer who is known for his work with the No Boxing No Life clinic in Mexico. Based out of Guadalajara, he shares photos from his training sessions, videos of his fighters, and a range of other boxing content through Instagram for his over 600,000 followers.

He is known for having started his career with Canelo Alvarez in 2005. He then started sharing his personal training exercises through Instagram in August of 2012.

He and his "House of Champions" training team were featured in an article within the Los Angeles times in December of 2018.

His career in boxing was inspired by his father Chepo Reynoso who was also a professional trainer.

He is known for having worked with a range of different professional fighters including Oscar Valdez and Ryan Garcia.

Eddy Reynoso Is A Member Of