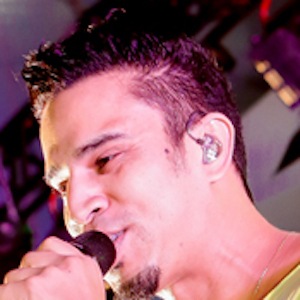 Brazilian samba artist known for his songs "I Need A Love," "I Believed" and "Written In Chalk." He has been a part of music group Sweet Encounter since 2003. He launched his solo career in 2011 with the album In The Same Place.

He studied vocal technique at the Free University of Music Tom Jobim.

Aside from singing, he is also trained in piano, theatre, and music theory.

He and his girlfriend Michelly have a daughter together.

Eder Miguel Is A Member Of