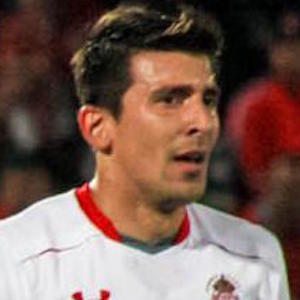 Paraguayan international forward who's spent much of his professional career in the Liga MX. He represented his country at the 2015 and 2016 Copa America tournaments.

He made his professional debut in 2005 with Libertad of the Paraguayan Primera Division.

He played with Paraguay's U20 team in 2007 before joining the country's national team in 2008.

He grew up in Repatriacion, Paraguay.

He and Roque Santa Cruz have played together on Paraguay's national team.

Édgar Benítez Is A Member Of