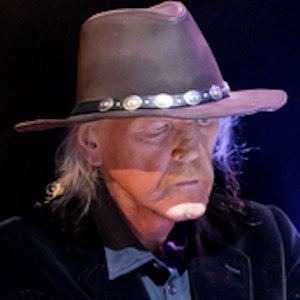 His first band was the psychedelic rock group The Ones founded in 1965.

He attended the Academy of Arts in Berlin.

He was born in East Prussia during World War II and was encouraged to pursue music by his parents after they recognized his talent. He began piano lessons when he was 12 and guitar lessons at 15.

He became close friends with artist Salvador Dali after playing with The Ones at Dali's Cadaqués villa.

Edgar Froese Is A Member Of